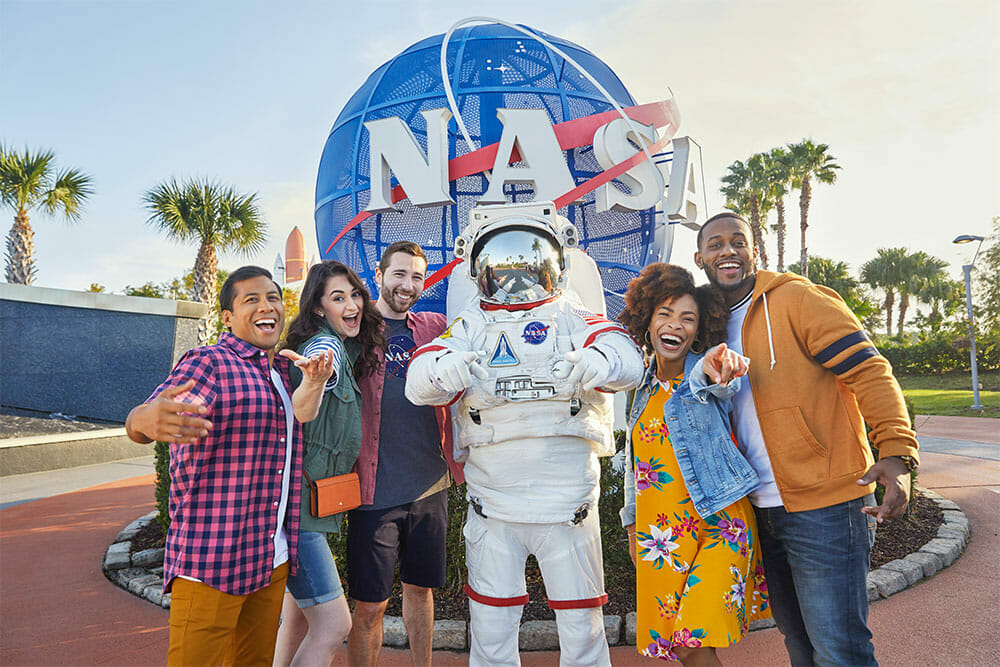 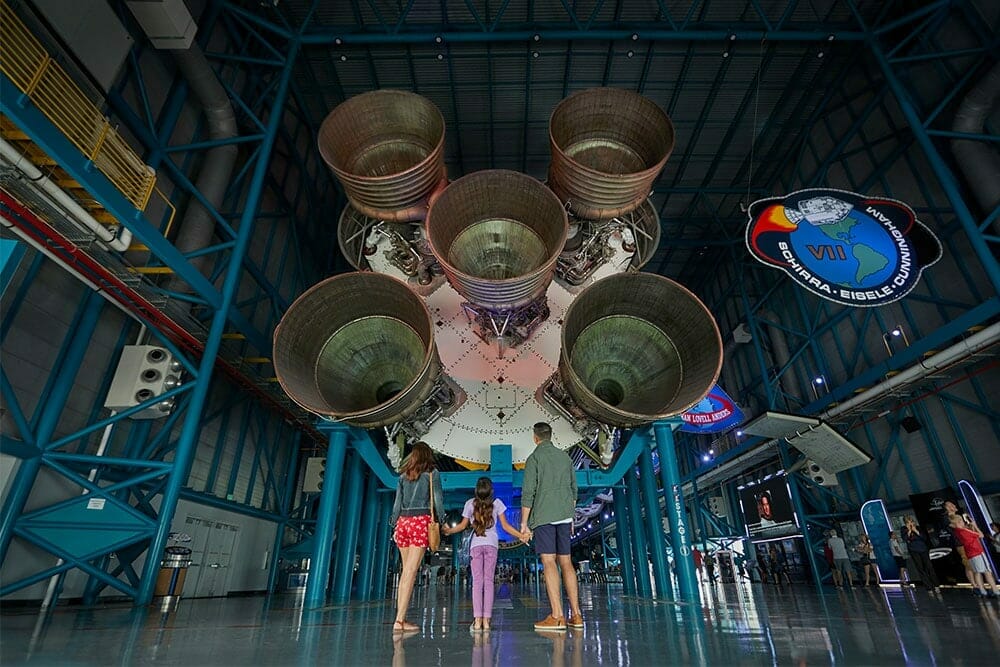 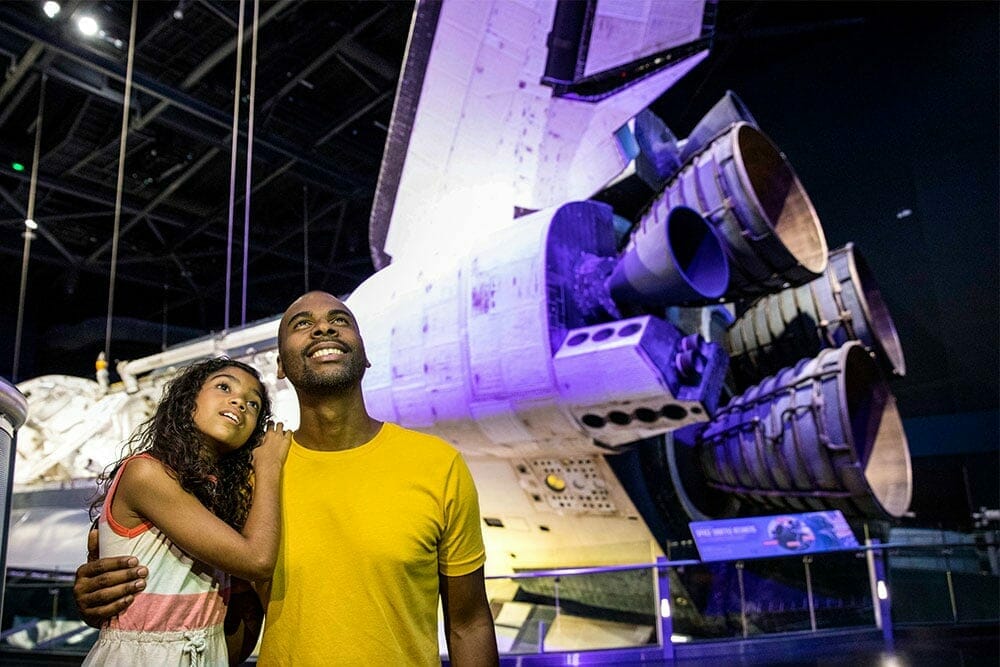 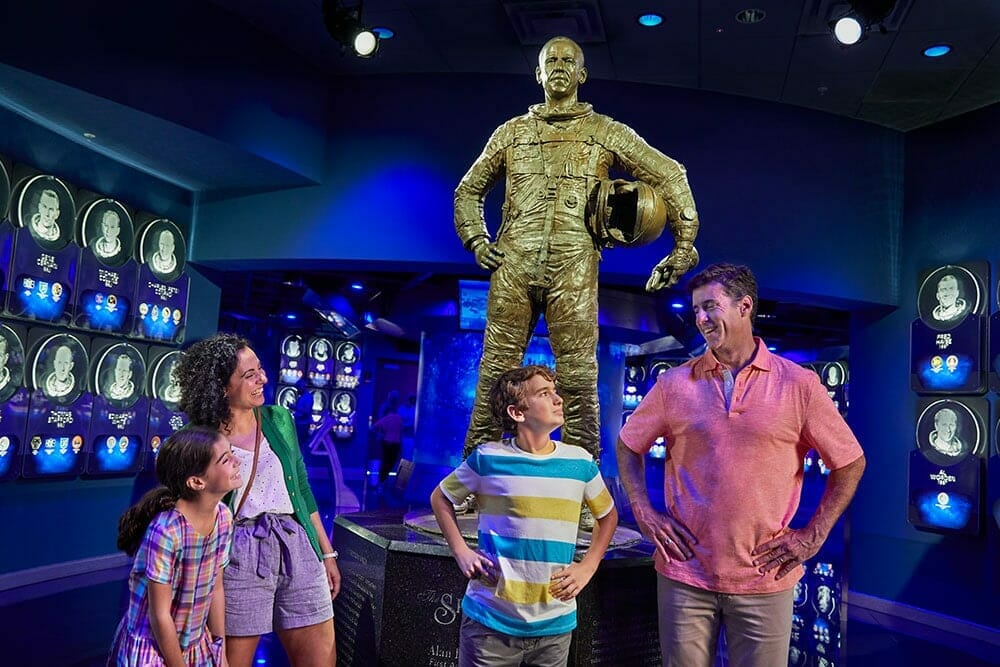 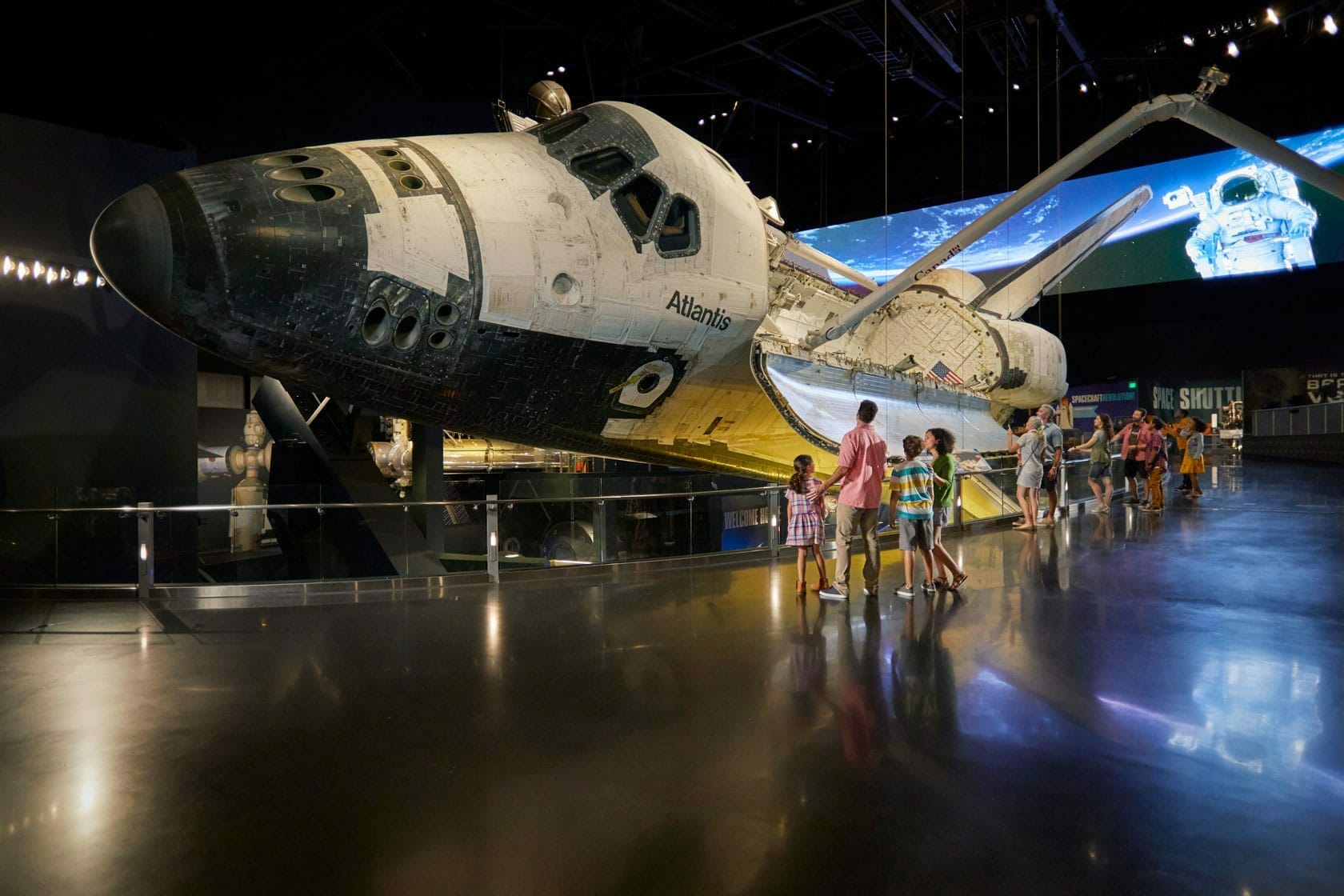 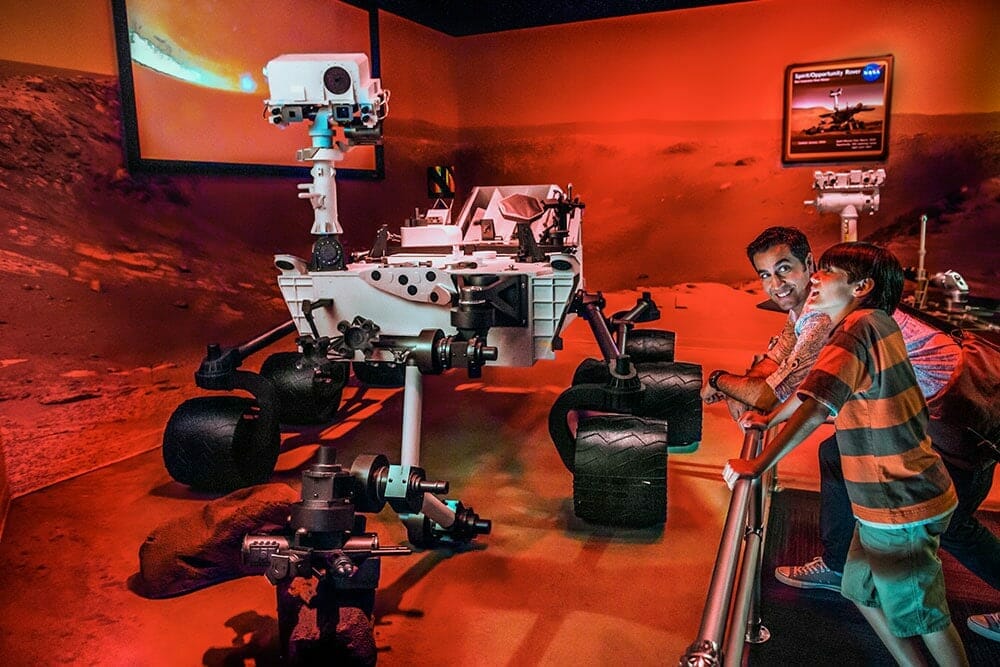 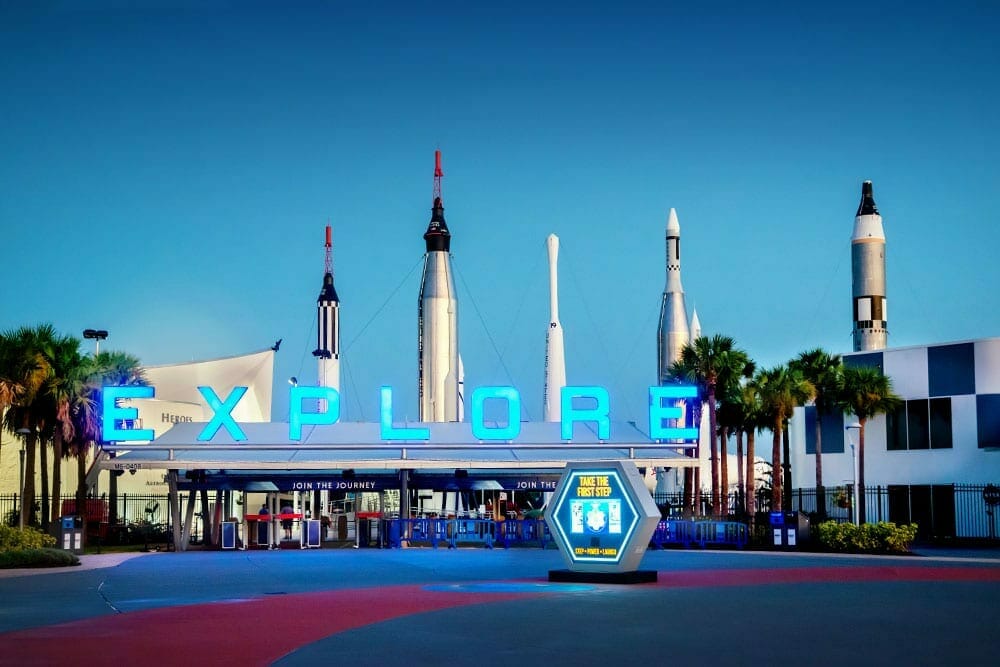 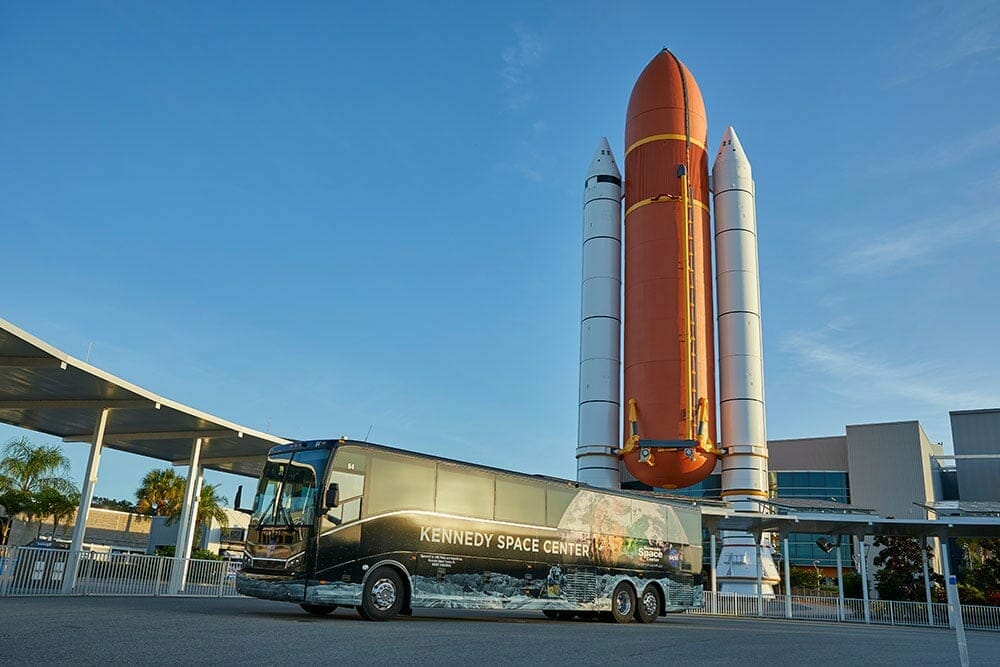 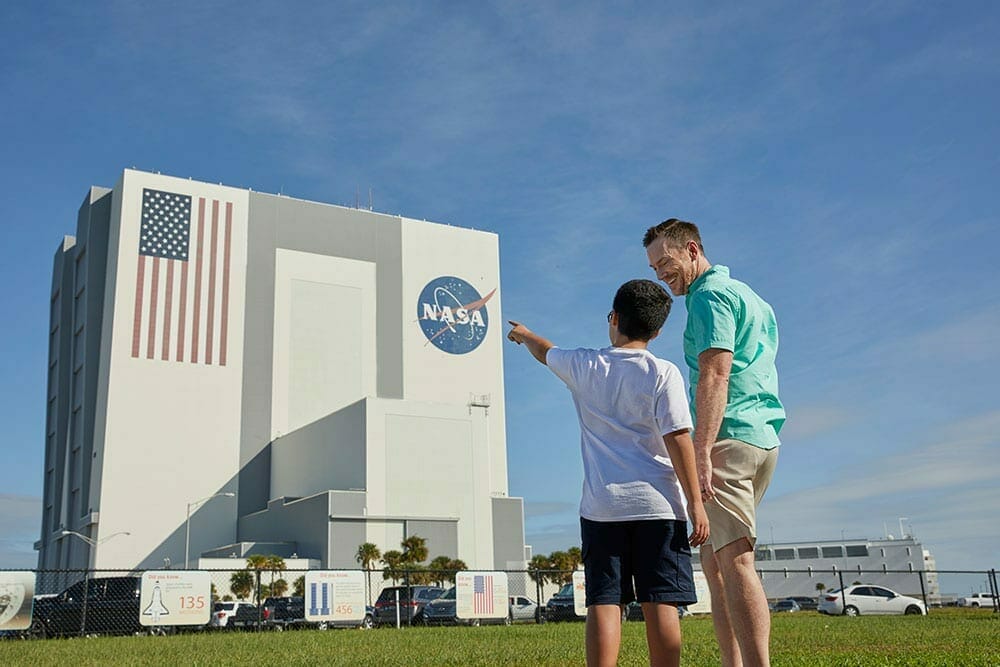 At the Kennedy Space Center, experience a variety of attractions that are out of this world! Hear the roar of the launch during Shuttle Launch Experience, travel through space in the IMAX cinema with Hubble 3D, and meet a true NASA astronaut! One of the few people in the world who has actually traveled to space. Here you have the rare opportunity to learn about the brilliant technology behind powerful rockets and telescopes that make space travel possible.

Get your theme park tickets and save! You can enjoy Disney World packages that you merge with your favorite Orlando hotels or vacation rentals near Disney for your whole pack. You can also choose from Universal Orlando tickets, Disney World tickets, or SeaWorld Orlando tickets. Your memories begin here in Orlando!

The countdown to the start of NASA’s first space program inspired a country to reach the stars. Discover what it means to be a hero in the history of NASA’s space pioneers in Heroes & Legends with the U.S. Astronaut Hall of Fame presented by Boeing®. Walk among the giants of Rocket Garden and appreciate the technology that taught us to defy gravity. Relive the feeling and danger of the first space mission in the United States and begin an impressive journey to reflect on how people define heroes. Discover the beginnings of space with the astronaut’s pioneers through a mix of 4D multi-sensory theater and real artifacts, including a Red Stone Rocket along with a Sigma 7 capsule and an exclusive foreground screen of the Gemini 9 capsule. Discover the characteristics that define the heroes before finding them among those who were presented to the Hall of Fame of American astronauts.

When it comes to NASA space, get exclusive access to the historic launch site and space facilities at the Kennedy Space Center Bus Tour, which is included in the daily admission price. Take a closer look at the Special Interest Tour, which expands bus tours and offers exclusive stops at U.S. spaceports.

The Race to The Moon

There’re moments in the history of the United States that unite the country and change the culture. The Apollo moon landing was one of the important periods. The Apollo (Saturn V) Center pays tribute to the machines and people that make the impossible possible and make the future look larger than one can imagine. There you will be surprised by the giant Saturn V, the biggest rocket ever launched. Experience the magic and excitement of the Apollo period with new interactive and interesting exhibits.

A ship like no other, the shuttle takes off like a rocket and lands like a ship while transporting astronauts to space and returns for 30 years. See this American icon on the Atlantis® space shuttle, the permanent home of the orbiter. Learn about the mission of the space shuttle that will ensure the future of the Hubble space telescope and International Space Station (ISS). Find out how to approach and land the spaceship with the training simulator and then get ready to start with Shuttle Launch Experience®. Learn about the legacy of NASA’s space shuttle program.

Immerse yourself in the current science of the International Space Station mission and the upcoming space exploration missions. Travel to the red planet of Mars. See the spacecraft currently used by astronauts to orbit and its surroundings. NASA’s mission is now paving the way for the future of space exploration.

Visitors can see rockets, meet astronauts and celebrate space vacations, to name a few. Give way to a unique and inspiring experience during your trip during your Florida vacation.

Experiencing a live missile launch is an extraordinary experience on the wish list. The Kennedy Space Center Visitor Complex offers the public the best observations on missile launches with comments on the direct launch of space experts. The observation site is located a few kilometers from the launch pad, so you can see and hear the launch of the spacecraft that leaves Earth under the full force of a powerful rocket engine. Complex visitors can offer Launch Transportation Tickets (LTT) for a rocket launch. The LTT for this release is generally available in addition to the daily admission ticket and can be purchased before or the day after purchase if the site is not sold out.