Disney Debate Central: Should You Let Your Teen Bring a Friend?

Disney Debate Central: Should You Let Your Teen Bring a Friend?

What teenager wouldn’t want to bring their best friend to Disney World? Whether you think it’s a great idea and simply want to know how best to handle the situation, or you’re not sure it’s a wise choice at all and need some convincing, this debate will interest you. 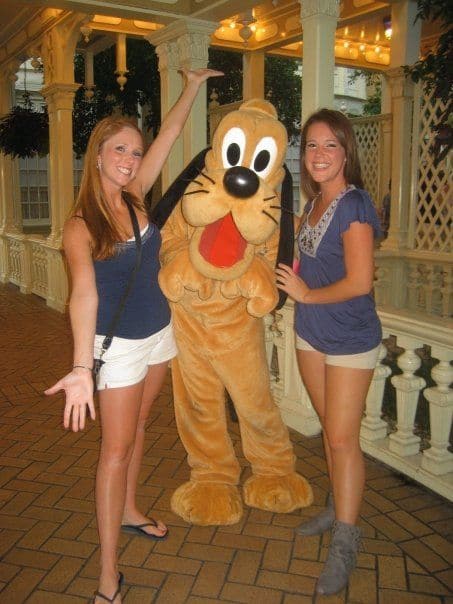 Taking a friend to Disney World is fun

A lot depends on where you stay

If you’re a single parent that’s planning to stay in a single room at an Orlando hotel then you may find bringing an extra teenager along cramps your style and causes conflict. On the other hand, if you’re renting a vacation home and will have your own separate bedroom, it may be less of a sacrifice. In fact, these vacation homes can allow everyone to have their own room.

Find out if the parents are comfortable with the idea

No matter what decision you end up making, it is imperative that you talk to the parents of your teen’s friend before you mention it to either your child or their friend. The last thing you want is to mention it to your teen’s friend, have their parents say no, and then have to deal with angry parents. You should of course feel very, very confident that your teen would want their friend to come along because you also need to avoid a scenario in which the friend’s parents okay it only to have your teen veto the idea.

Make sure expectations are clear

Once everyone’s on board and you’re ready to embark on your adventure, make sure everyone has their expectations in check. For example, you can bet that the teens will want to take off on their own. Is this a no-go for you, or will it be a good opportunity to give your teen a little more freedom in a place with tons of security? It’s up to you, but it’s essential that your expectations are clear and that the teens know what to expect.

Trey Duling is the owner of Affordable Travel of Orlando and the also the owner of Resort Home Network Orlando, LLC. Trey is originally from Nashville, TN but he moved to Orlando in 2002. His hobbies are spending time with his three great kids, traveling with his wife (Amanda) and going to Ole Miss sporting events.